Scott's Tip Of The Day: Same Old Jets.
29-26.  The Jets lose in overtime.  A devastating loss, but not unexpected.  What’s unexpected is the Jets managed to keep it close.  Click Here For Odds sportsbetting.ag

What’s in the NYC drinking water?  Major athletes have been going down left and right this year for substantial periods of time.  Mariano Rivera, Michael Pineda, Santonio Holmes, Darelle Revis.  What do we need to do to keep you healthy, guys?  Centrum Silver? Ensure?  Maybe you guys should have a conference call with Lance Armstrong.  He knows how to keep the injuries at bay.
But that’s neither here or there.  The Jets managed to stay in the game and were in it until the bitter end.  The problem wasn’t the (always predictably shaky) Jets play, it was the coaching.  Rex Ryan dropped the ball.

As the barely memorable Herm Edwards said “You play to win the game.”  With two minutes left, the Jets had the ball inside the Pats 20.  Instead of going for the jugular-the insurmountable touchdown-the Jets ran 30 seconds off the clock and gave the ball back to the Pats.  The Pats then kicked their own field goal, kicked another one in OT and stopped the Jets shortly thereafter.  Running the clock down is not playing to win the game.  That’s playing Russian roulette.
Although touted as dominant the Jets defense is anything but.  You can’t trust the defense to make the stop, just like you can’t trust a six year old with a bag full of cookies.  You put up the points and you put the pressure on the other team. Rex Ryan’s lap band surgery was supposed to curb his appetite, not his aggressiveness.  You’ve gone soft Rex and the Jets have followed suit.

The Jets might turn it around.  They might make the playoffs.  But they aren’t winning the Superbowl.  The Jets can’t play consistently, their team is injured and their coaching makes questionable decisions.  The next time I’m at the sports book I’m betting with my head and not my heart.  I’m betting against the Jets.
Posted by Scott at 8:47 PM 3 comments: 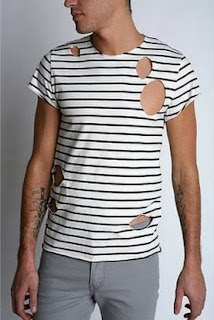 Scott's Tip Of The Day: I am awaiting a reply from Koala Kare on an email.  I emailed their customer service. I hope they can address my concerns. It seems their products are a bit misleading.  Please see below--

My name is Scott and I am from Perth Australia, I am writing to you about your Koala Kare changing station. I had a family of Koalas that live in my backyard. There was a cute Mama Koala and her baby used to hang from her. After an unfortunate incident, the mother koala was no longer able to care for her baby so my wife, Laura and I adopted the baby. We bought those tiny little bottles, got some Koala formula from the local zoo and started raising the Koala baby as our own. We keep our Koala in a diaper and have trained it pretty well. His name is Pickles and he is always on his best behavior...until recently.

I am writing to you because the other day I went to my local pub to watch the Australia-India Cricket Match and brought Pickles. Pickles is a friendly Koala and everyone is always happy to see him. At one point in the match he pooped his diaper. This was not unexpected as he usually does this when I let him drink some of my lager. I thought "What splendid timing! There is a Koala Kare station in the men's bathroom!" I always see parents misusing the station with their children. If it was for kids it would be called a kid changing station, right? It's a Koala Kare station, get your human baby off of there!

Well I brought pickles over there and put him on the plastic station but he hated it. He shrieked and spazzed. He actually tore the thing apart. He also tore up my shirt (please see attached photo). I tried to figure out what triggered this reaction from an otherwise peaceful koala and then I realized it was the logo on the changing station. I reckon he saw the Mama koala holding the baby Koala and he has a wicked koala flashback to that traumatic experience in his childhood. I spoke to the Perth Zookeeper soon thereafter and she said that Koalas are more prone to flashbacks than most other animals. Just about every animal except for giraffes which have pretty bad jungle flashbacks sometimes.

Anyway, I was just writing to let you know the sticker on your koala kare station made pickles lose his s**t and he has never been the same since. He doesn't touch his lager anymore and won't mow our lawn either. Laura and I are pretty unhappy with Koala Kare stations and hope you consider redesigning them to be better suited for its intended customer - koalas. Thanks for your time. I hope you take my comments into consideration. 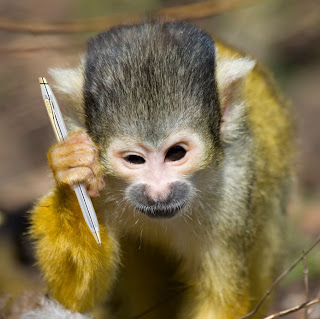 Scott's Tip Of The Day: "Irregardless" is not a word, people. Stop saying it! You sound like English is your second language. "Well, Scott, what can I use instead?" Good question. How about a real word like "Regardless?" "The Irre" is superfluous. I bet some of you are thumbing through the dictionary right now. "Ha" I found it in the dictionary! Proved Scott wrong!" If you are one of those people then punch yourself in the gut. You just made a rookie mistake. Under the definition it says "non-standard." Yeah. That means it's not a real word. So what did we learn today? Don't say "irregardless" and don't argue with Scott
Posted by Scott at 5:07 PM 8 comments:

What's Up With Youth?

Scott's Tip Of The Day: Kids will be kids. But what you do as a kid has consequences later in life. Think twice before donning early 90's garb and dancing like Michael Jackson. It may come back to haunt you.
Posted by Scott at 3:11 PM 2 comments: