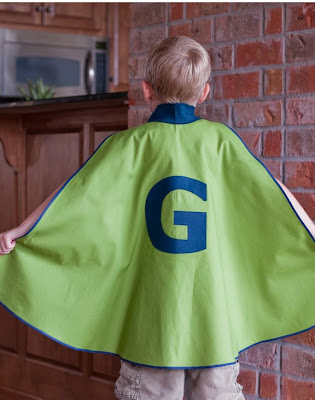 Scott's Tip Of The Day: A Florida Unemployment agency in Orlando spent public money to give capes to 6,000 jobless Florida residents as part of its Cape-A-Bility Challenge public relations campaign.

Workforce Central Florida Director Gary J. Earl defends the program. I highly encourage all Florida residents to write to their local representative to complain about this. It's totally ridiculous. No. Not the capes. The fact that matching tights were not provided as well. How are these people supposed to feel good about themselves when they don't even have a full superhero get up. They're down in the dumps and they don't have a job...or tights.

Scott's Tip Of The Day: Television programs and films that involve time travel are now banned in China. The rationale behind this move is it "disrespects history." Despite the fact these films and television programs have been banned, time travel itself has not been banned, so feel free to continue doing so in your phone booth or Delorean.
Posted by Scott at 10:20 AM 2 comments:

Scott's Tip Of The Day: It's getting pretty scary for prostitutes in Long Island. A serial killer has been murdering them and leaving their remains on the beach. It's causing quite a panic and according to an article by NBC New York, New York's Sex Worker Outreach program has started giving advice to sex workers. Advice like "trust your gut." Wow. Brilliant. Thanks for that. That's not even close to helpful. These prostitutes trusted their guts and now they're PROSTITUTES. Obviously, that didn't work the first time.

Here's some advice from Scott to Long Island Prostitutes. Enroll at Nassau Community College, learn some skills and get a job that doesn't involve sex with strangers for money. Then you won't get murdered by a deranged serial killer.
Posted by Scott at 9:34 AM 3 comments:

Scott's Tip Of My Day: Congratulations to the 2011 UCONN Men's Basketball Team for winning the National Championship. As someone born and raised in Connecticut, it's not too often I have any state pride. I mean, come on. It's Connecticut. Yeah, we do have Casinos, Yale University, the Coast Guard Academy, a few nice beaches and the beautiful Fairfield County. But we also have the birthplace of Lyme Disease, Bridgeport and a glaring lack of professional sports teams. (We miss you Whalers.)

Even if you don't care about college basketball you have to give UCONN some credit. They were an up and down team all season until they reached the Big East Tournament, where they won five games in a row to win the Big East Championship. They were the first team without a bye, to win five games in a row and do that. And then they won six games in a row to win the national title. Do you know how hard that is? Do you know how much endurance you need to play a whole season and then play all of these games in a row too and win them all? UCONN's star point guard, Kemba Walker, played almost 40 minutes every one of these games. To give you some perspective, I rolled my foot on the sidewalk two weeks ago and it still hurts. I haven't been to the gym since. Incidentally, I have completely fallen off the NBA draft board and most European teams have preemptively called me to express their disinterest. I'm going to have to play in an obscure country abroad if I want to play professional basketball. My only offer is from an Uzbekistani team for three dollars a week. I'm debating whether to take it. I don't think I am going to do it, unless they throw in a baby goat as a signing bonus.

Anyway, give Connecticut some respect. At least for today. I mean at least it's not Rhode Island, right?
Posted by Scott at 7:26 AM 5 comments: