WFAN/Joe & Evan In The Morning

Scott's Tip Of The Day:

I switched to sattelite radio this week. I just couldn't handle another day commuting and listening to terrestrial radio. What really pushed me over the edge is NYC's one and only 660AM WFAN. What was my problem, exactly? You can read it below, in my letter to the station:

How are you? I saw you were the person who sorts through the complaints and comments at WFAN so I thought I would shoot you an email.

I bet you get a lot of crazy emails. People from LI and Jersey complaining "Yo, Mike Francesa hung up on me! Maron! What gives!? I want that dude fired, yo!" I know the type. I went to law school in Long Island. I empathize with you. Most of them are inarticulate. They wear too much man jewelry and use inordinate amounts of hair gel. They prob make you want to throw your computer against the wall. I can assure you I am not one of these people. I am educated, cultured and generally I try to conform with traditional social norms. I am a serious man with a serious gripe.

I listened to WFAN for 3+ years on my commute to work. Yeah, that's past tense. I don't listen anymore. I reached my breaking point the other day and I purchased satellite radio. I will never listen to WFAN again.

It's not the commercials that bother me. Well the 1-877 Cars for Kids commercial bothers me. It kind of makes me want to commit Seppuku. But let's forget about that for a moment. Generally, your commercials don't bother me. It's not your station format either. I take no issue with most of your programming. Although Mike Francesa is irritable, dismissive and a compulsive gambler (this is a plausible assumption based on how much time he spends at the track), he knows his sports. Although Boomer & Carton provide a substandard listening experience, I realize I am not the intended audience (white male, Age 18-70, alcoholic, possibly insomniac, less than average IQ, misogynist, inability to relate to others, slightly out of touch with reality, lives at home with parents). It's Joe & Evan that really push me over the edge. Let me explain why:

Joe cannot go three seconds without saying "Bro." I looked in the Merck manual to see if this was some kind of disability. Tourette syndrome? Autism? Michael Sorrentino disease? It turns out he just has a very poor vocabulary. By my estimation it sits around a paltry 200-300 words. Evan's vocabulary is a little more advanced, but he still struggles with multi-syllable words (its Vuvuzela not Vuzuvela). Did you know he didn't even go to college? Perhaps he needs to brush up on his English. Does WFAN provide a tutor for its show hosts? Perhaps that would be a good investment.

Furthermore, the producer of the show has a great deal of difficulty filtering out the semi-intelligent callers from grumpy old men, idiots proposing totally unrealistic trades and yesman fanboy famewhores who agree with anything any on-air personality says if it means getting their voice on the radio. People don't want to hear what it will take for the Mets to land Justin Verlander. It's never going to happen. Never ever ever ever. Never.

Additionally, Joe & Evan spend an inordinate amount of time discussing the Nets and Islanders, when only about 8 people in the tri-state area care about these teams. Joe & Evan like the Mets too. I understand this character flaw, since a lot of New Yorkers like the Mets, but how about some unbiased discussion about the Yankees once in awhile? Some discussion without backhanded jabs or veiled jealousy?

In conclusion, I just feel dumber after listening to your station. Especially after listening to Joe & Evan. What's Evan? Twenty six years old? How can he even be expected to speak intelligently about any sports event pre-1990? He can't. That's why he shouldn't be on NYC radio.

Please reconsider your late morning/early afternoon programming choice. I realize this is a big decision. Here are some suggestions for programs that would be more intellectually stimulating than Joe & Evan in the morning:

-Three hours of nothing but the sound of balloons popping
-An embittered Vietnam war veteran discussing the incurable diseases he caught in a whorehouse five clicks south of Da Nang
-A lost child crying for his mother
-idle chitchat between two men with heavy accents, waiting for a bus to Brighton Beach at the Port Authority
-An African Grey Parrot reciting the alphabet

Don't worry. I am not asking for any compensation for these ideas. Just trying to help. I hope you take them into consideration. Have a great weekend.


So what's my tip of the day? Buy yourself a satellite radio! Terrestrial radio blows. Especially 660AM WFAN.
Posted by Scott at 11:58 AM 4 comments: 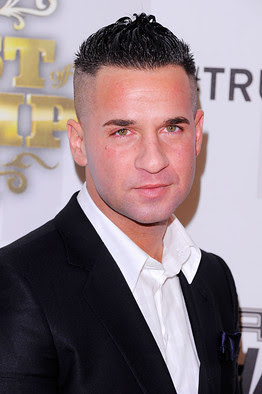 Scott's Tip Of The Day: Well it turns out that Abercrombie & Fitch are paying Mike "The Situation" Sorrentino to not wear their clothes. You can read about it here. Abercrombie does not want Mike ruining their image. I thought this might be a good opportunity for me to capitalize on this information. Today I wrote a letter to Abercrombie:

I recently read in the Chicago Tribune (http://www.chicagotribune.com/business/breaking/chi-abercrombie-to-pay-jersey-shore-cast-to-stop-wearing-its-clothes-20110817,0,3357772.story) about how your company is paying Mike "The Situation" Sorrentino to NOT wear Abercrombie & Fitch clothing. You're worried his association with your clothing line may damage your image. While I find this hard to believe, especially since your quarterly catalog is racier than an issue of Playboy, I think I understand where you're coming from.

I am a celebrity too. I am the writer of Scott's Tip Of The Day, which has won numerous awards including Blogger's "Blog of Note" award. You can check it out at http://scottstipoftheday.blogspot.com. I command a great deal of influence over your target demographic. Little kids trust me. Teenagers think I'm bomb. Baby boomers think I'm witty. (The elderly are generally unaware of what's happening, on the internet or otherwise, so let's forget about them for now.) I also wear Abercrombie & Fitch all the time.

I would argue that I am an even more reprehensible character than Mike Sorrentino. I borrow money from my friends and never pay them back. I commit to plans and flake at the last minute. I take more toilet paper than necessary when using public restrooms. I never tip. I give tourists wrong directions. I drive slow in the passing lane. I cut you in line even though I have no idea what you are standing in line for. I go into McDonalds without purchasing any items. I just take all of their ketchup and mustard. Then I throw it all away in the dumpster behind the restaurant.

I don't cover my mouth when I yawn, I certainly don't cover it when I cough and covering my nose when I sneeze is a concept completely foreign to me. I eat massive quantities of beans and then go to funerals, just to break wind. I contract contagious diseases and walk through public places. I steal my cable from my neighbor and purchase Pay Per View shows regularly. I call into public access television shows only to insult the host.

Sometimes I lay for days in the Chuck E Cheese's ball pit...waiting...waiting to scare the living daylights out of the most emotionally fragile child I can find. I work out at the gym, but I never wipe the equipment down afterwards. I drive through Amish country handing Nintendo Gameboys to all of the children. I break into Hassidic Jews' houses at night and shave their beards. I fly down to the rain forrest once a year, just to chop it down. I take any opportunity I can to destroy the ozone layer. I fall on priceless works of art in museums and "accidentally" damage them. Kim Jong-Il, Hugo Chavez, Muammar Gaddafi and Fidel Castro are my only Facebook friends.

As you can see, I am quite possibly the worst person on earth. I assure you, you do not want me wearing your clothes, coming near your stores, or even leaving my house. I am a much worse person than Mike Sorrentino. As such, I feel I should be compensated, or I will continue to wear Abercrombie & Fitch clothing. Please let me know when you are ready to send me my first payment. Thank you.

I will let you know if they respond. Until then, my only advice is don't be like me. Farting at funerals is no way to be.