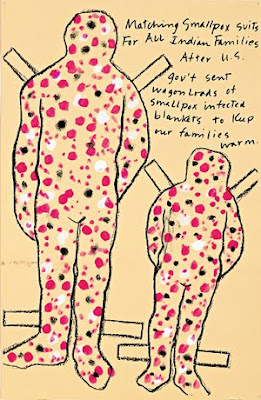 Scott's Tip Of The Day: Happy Thanksgiving everyone. Enjoy it. Be thankful. What should you be thankful for? Long commutes to your family's house. Getting trampled on Black Friday. Getting behind on work, even though nobody is supposed to be doing work, but your boss is kind of crazy and works over the holidays anyway. Eating until you feel physically sick and have to unbutton your pants. Cold weather. Cheesy holiday decorations. And last but not least, turkey genocide.
Posted by Scott at 9:08 AM 1 comment: 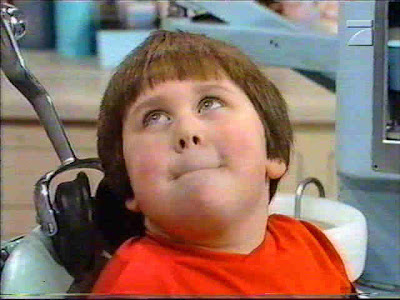 Scott's Tip Of The Day: Please join me in an effort to petition your congressman. No, I am not asking you to pick a side on health care. Not asking you to write about Afghanistan either. So.... What am I asking you to write about? Peter Costa. You may remember him as Rudy's fat white friend on the Cosby Show. Everyone forgot about him. But he's still here. Somewhere. I urge you to write to your congressman and request a national holiday be set aside to commemorate his contribution to American society. Would you be the same person if you never saw him act like a strange jackass on TV? I didn't think so!
Posted by Scott at 5:43 PM 3 comments: 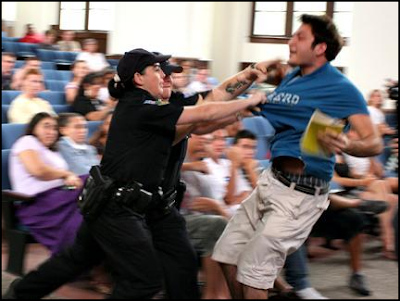 Scott's Tip Of The Day: If your little one won't go to bed...if she's cranky...call the police...and have her tased
Posted by Scott at 4:23 PM No comments: 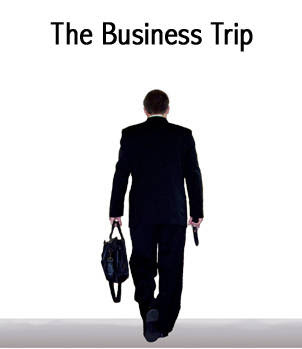 Scott's Tip Of The Day: I'll be away on business this week. If possible, I'll post, but if not, try to hang in there while I am gone. I know it's going to be hard, but maybe this is a good opportunity to go outside and see the sun? When is the last time you left your apartment, anyway?
Posted by Scott at 11:48 AM 1 comment: 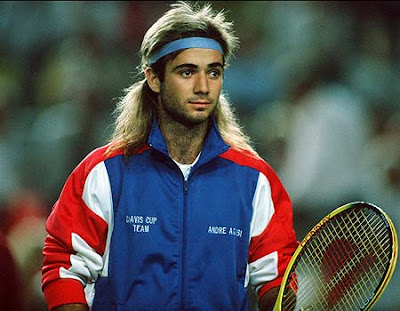 Scott's Tip Of The Day: So Andre Agassi did meth. He had problems. It was a weak time of his life. He made a mistake. He conquered his addiction and went on to make one of the greatest comebacks in tennis history. He wrote a book to share his experiences and help people. And what happens? He gets hated on! Martina Navratilova compared Andre Agassi to Roger Clemens! Really, Martina??? Meth is not a performance enhancing drug. Agassi did not suddenly possess superhuman strength. In all likliness he was up for 48 hours straight, talking nonsense and grinding his teeth. How is that like Roger Clemens, who (allegedly) did steroids? Who cheated at his sport? Andre did himself a disservice. Give him more medals, don't take them away.

Agassi has built a school in his hometown, Las Vegas. He's dedicated to helping people. He made some mistakes, he conquered them, and now he's in a much better place. He should be commended, not hated on. Scott's tip of the day? Show Andre some love!
Posted by Scott at 2:43 PM 2 comments: 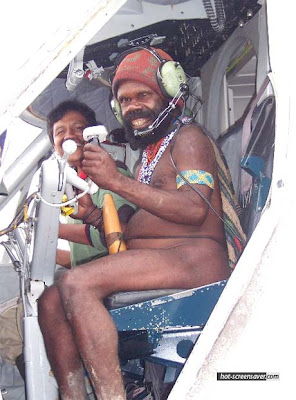 Scott's Tip Of The Day: Next week I will be away on business. I'm heading to Europe. My company is flying me coach. Am I worried about the trip? Yes. Am I worried about my performance? How I'm gonna do? Nope. I'm worried about who's sittin' next to on the airplane. There are eight people/types of people I DON'T want to sit next to. When you're on a long plane ride, avoid these people like the plague. Change your seats. Induce a panic attack. Just get out of there! 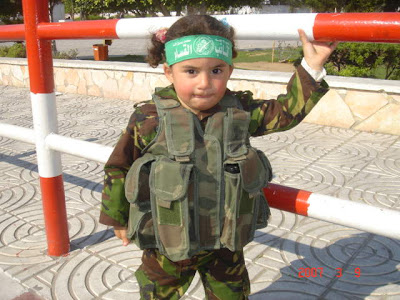 OK, so the pic is of a kid, not a man. But so what? These terrorists are getting sneaky. And no, I am not racist. It's the darting eyes, and the big jacket that worry me. I suppose if they are sitting anywhere on the plane then you are in trouble, but if you sit next to him on the flight you won't be able to sleep because you'll be watchin' him the whole time. No one wants to sit next to this guy, try to sit elsewhere. 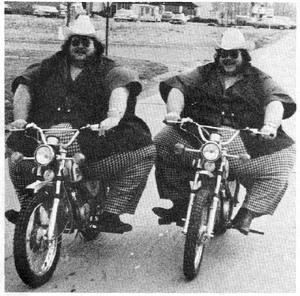 7. Obscenely Obese Man Whose Rolls of Fat Spill Into Your Seat

He's so fat. Oh my God, he's so fat. You can't move because his blubber has spilled into your seat and has paralyzed you. You' starting to suffocate. Is he breathing heavy too? Why is this happening? MAKE SURE IT DOESN'T. Don't sit next to this guy! 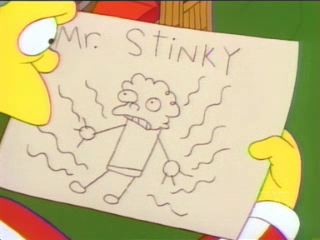 6. Man who has never used deodorant before.

Once I was on a train ride from Venice to Milan and the lady I sat next to smelled so bad that I couldn't face forwards because the smell was overpowering and made me gag. I should have thrown her off the train. Maybe you should bring aerosol deodorant with you, just in case. If you don't want to offend the person, wait until they fall asleep and then douse them with it. You will thank me later. 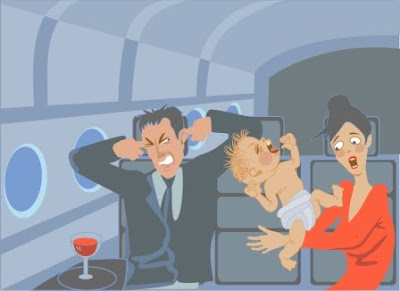 5. Baby who won't stop crying
The best thing to do in this situation is bite into your cyanide pill. A quick death is preferable to a 6 hour+ flight listening to a baby cry. 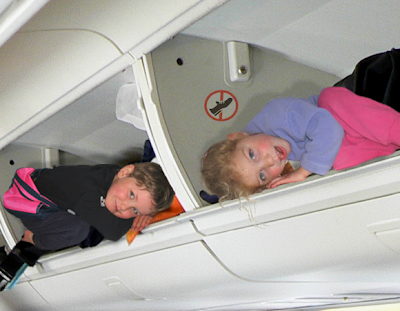 4. Kid who won't shut up
He's kicking your seat. He's dropping his toys in the aisle. He is hitting his sibling and making them cry. He keeps asking his mom dumb questions like "How come Daddy went into the bathroom with the flight attendant?" Ugh. Shut up kid. You want to hit him, but you know if you do he will just become kid who won't stop crying and that's not much of an improvement. 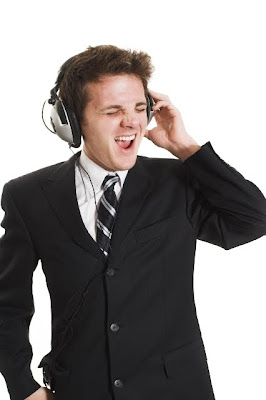 3. Guy who listens to music on his headphones too loud.

Man, this is awkward. How the hell is he listening to music that loud? He's gonna blow his ears out. I asked him to stop, but he's pretending he can't speak English. It's times like these that you wish you brought your samurai sword on board so you could commit ritual seppuku. 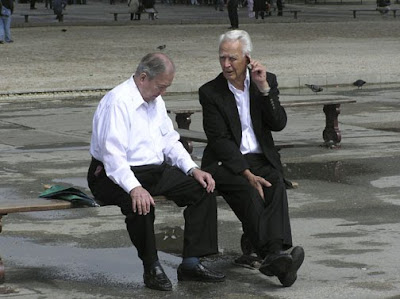 2. Man who had two bloody marys and feels compelled to tell you his life story.

Listen old man. I don't want to hear about your glory days in Sheboygan, Wisconsin. Your job selling vacuum cleaners door to door sounds miserable. No. I don't want to see pictures of your wife and kids. I want to sleep. Leave me alone. 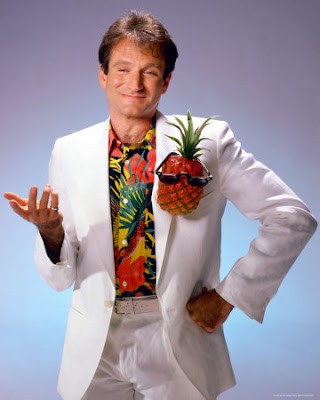 Man. You thought the guy who had two bloody marys wouldn't shut up. Robin Williams disappeared for five minutes in the bathroom and now he is back with white powder on his nose. He's not even talking to you, he's having a conversation with himself in an African language consisting of mouth popping noises and clicks. But no, it's not even a real language, he is just making it up as he goes along. He didn't even share his cocaine with you. How did he get it on board? You won't survive the plane ride in your seat, so just lock yourself in the bathroom and take a nap. It's your only hope for survival.
Posted by Scott at 9:11 AM No comments: 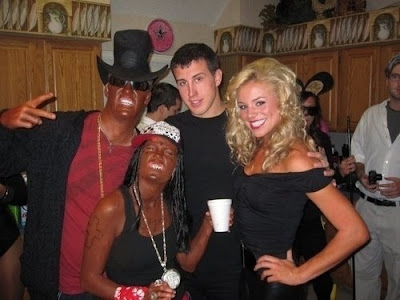 Scott's Tip Of The Day: Blackface is socially unacceptable. It is not funny. It is funny to watch the backlash when people in the public arena use blackface, though. Way to go Cowboys' cheerleader.

Whiteface? Socially acceptable? Maybe. Funny? No. Sorry Wayans Brothers. Movies where black men dress up as women are not funny. Just because you dress up as women who happen to be white, that doesn't make it funny.

I have a dream. A dream that one day men will dress as men and women will dress as women. A dream that black people will not use whiteface and white people will not use blackface. A dream where I'm naked in a shopping mall and can't find anywhere to hide. Oh. Er. That's another dream.....but you, uh..... get my point.
Posted by Scott at 9:15 AM No comments: 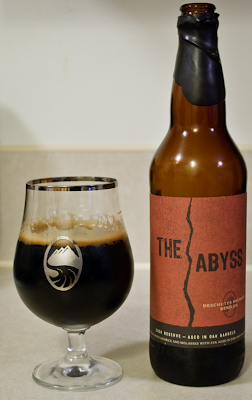 Scott's Tip Of The Day: Welcome to the first annual Scott's Tip Of The Day Beer Awards. This year's award goes to The Abyss, which is brewed at Deschutes Brewery in Oregon. The kind people at Deschutes Brewery sent me a sample bottle to review. Unfortunately for you guys, if you would like to try this delicious beer, you are going to have to trek out to Oregon. Another obstacle to drinking this beer is the wax seal on the top of the bottle. You are going to have to use all of your Macgyver skills to open it.

Although, ominous sounding,the Abyss is actually very tasty. I am not the most experienced beer reviewer, but I can tell you this. The Abyss is a stout. and I was able to taste hints of coffee and chocolate in there. It was very heavy and the alcohol content was pretty high. This isn't a Bud Light. But just because it's strong don't think you're going to get crunked on this beer either. I don't think you would have the room in your stomach to drink three or four of these at a time. This is a beer to enjoy. Maybe with a cigar? There are some complex flavors in there, and guessing what all of them are is half the fun. So book your plane tickets to Oregon now, because if the other beers at Deschutes Brewery taste this good, it will be worth the trip.
Posted by Scott at 8:15 AM 1 comment: 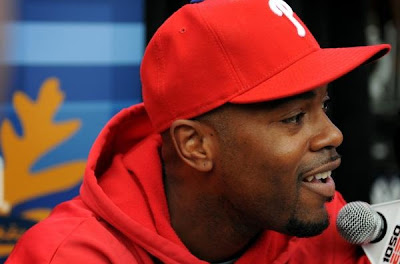 Scott's Tip Of The Day: If you're going to talk s**t, at least back it up. Yes, Jimmy Rollins. I mean you. Phillies in 5? Doesn't look like that is going to happen. I look forward to seeing you cry when the Yankees take the World Series. ONE MORE GAME! GO NEW YORK YANKEES!
Posted by Scott at 12:07 PM 1 comment: