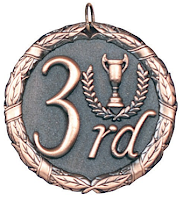 Scott's Tip Of The Day: It's true. I received another blog award. This time it's from Kara Hoag at Visions Unto Myself. Thanks Kara. I appreciate your support. You're a stand-up gal. If this was 1951, I'd even call you swell. I might even call you the bee's knees. But it's 2011. That jargon's out. Times have changed. Kids these days are all about the hip-hop, the dubstep and the date rape. So I'll just call you "solid" (in a completely unironic way) and we'll call it a day. Just, er, one thing, Kara. Despite my gratitude, I do have a bone to pick with you...

On your list of blogs to check out I am listed 4th. 4th? C'mon. Commmmeee ahhhnnnnn. That's not even a bronze medal. If I finished 4th in an Olympic race I wouldn't even make the podium. They wouldn't even raise my flag. I'd be standing on the sidelines with my head in my hands as they played the Qatar national anthem. Qatar, Kara, Qatar!!!! How did someone in Qatar come in first in anything? Because of you, Kara. Because of you.

I would have to break into the Olympic Laboratory and contaminate the Bronze medalist's blood in order to disqualify him and get the medal months later. Have I really sunk so low? How could you do this to me!

Even still I wouldn't get to stand on the podium. All I ever wanted to do was stand on that podium, Kara. The closest I ever got was standing on the bima in synagogue. And that's not the same. It's not the same at all. But that's the closest most Jews ever get to an Olympic podium. (The big exception is Mark Spitz, who not only won seven gold medals in the 1972 summer olympics, but also had a really sweet mustache.)

Now I realize you had nothing to do with my athletic shortcomings, Kara. That was God. Apparently the chosen people just weren't meant to run very fast. If the Jews could run fast then maybe they wouldn't have spent 40 years wandering around in the desert. But I digress. You kept me from the bronze medal in the 2008 Beijing Olympics. In fact, I didn't even qualify at all. You could have at least assisted me in qualifying instead of squandering my Olympic talent. I'm 28 now. My small window to compete in the Olympics has basically closed. And now I came in 4th on your list of favorite blogs. Well, I appreciate getting on your list of fav blogs at all. I can forgive that. But the Olympics? Why!? Why!?

So where am I going with this? Don't set your sights too high. Bronze is good enough. Go bronze or go home.
Posted by Scott at 8:46 AM 5 comments:

Scott's Tip Of The Day: I hate to be the bearer of bad news. Oh, it pains me so. But I owe it to you guys to be upfront. The world's going to end... and sooner than you think. When? 2012. Now I know what you're thinking... "Scott, that's a whole lot of Mayan bullshit." But you know what? This time it's serious. This is coming straight from George Lucas. You can read about it here.

George Lucas. Once upon a time you were an intelligent man. American Graffiti. The original Star Wars trilogy. Raiders of the Lost Ark, Temple of Doom and The Last Crusade. Wow. You should have called it a career after that. You had to make new Star Wars movies, didn't you? You had to create a character called Jar Jar Binks? You had to ruin the Indiana Jones franchise by adding aliens into the mix? Look what you've done! You've ruined everything good from my childhood. And now you're trying to convince me that the world ends in 2012? You know what? Good. Now I don't have to watch another one of your disappointing movies.

I hate you George Lucas! I am boycotting any of your future work. And to all of you readers out there....you should too!

Questions? Comments? Concerns? Want to advertise? Want to antagonize? email me at scottstipoftheday@gmail.com and I'll address all of your queries.
Posted by Scott at 10:23 AM 10 comments:

Scott's Tip Of The Day: It should go without saying that you're not really being a good boyfriend when you punch your girlfriend in the vagina. Well, if you watch the youtube video above you will see that it apparently didn't go without saying. So guys... don't punch your girlfriend in the vagina.... or anywhere else for that matter. OK?
Posted by Scott at 9:21 AM 7 comments: 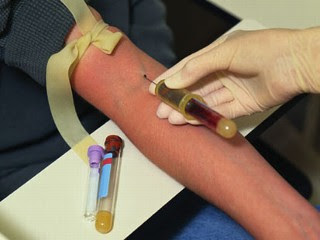 Scott's Tip Of The Day: According to the Red Cross, every 2 seconds someone needs a blood transfusion. Who is this "someone?" Isn't it strange the Red Cross is dedicating the majority of its resources to one anonymous person who needs 30 blood transfusions a minute? Isn't this a waste of resources? How is this person going through his blood so quickly?

I think if I'm giving the blood I should call the shots. It should be up to me where my blood goes. (No vampires please.) I want to see a profile and picture (no uglies) of everyone who needs my blood. I'll decide who it goes to. It's MY blood. No convicted felons, anti-Semites, Scientologists, goths, fans of Desperate Housewives, socialists, members of the Michigan Militia, Somalian pirates, the entire Arquette family (except Patricia, she's ok....I guess), Bob Jones University students, or people who weigh over 400 pounds.

If you fit this criteria and you have A+ blood, hit me up at scottstipoftheday@blogspot.com. I'll send you a ziplock bag full of my blood in return for gold, silver or other precious metals. If you're lucky I will some include bonus alcohol, already in the blood (assembly not required). Aren't I a good guy?
Posted by Scott at 10:26 AM 14 comments:

Scott's Tip Of The Day: Today I received the following email in my inbox:

Hi from England (Although I'm not certain how much of the British population are with me on this one) ,ive just discovered your blog site, nice work by the way its nice to see someone blogging stories that are going to lighten peoples days up a little bit. Any way i have just one question to ask and that's how to start a blog site up and keep it fresh and interesting like yours? Any tips or advice would be appreciated.

Thanks for the kind words. Starting a blog is easy. You can go to wordpress.com or blogger.com and they have all of the tools to get you set up pretty much immediately. Doing something creative with the blog and keeping it fresh....that's the hard part.

What do you like to do? What are you into? Curling? GI Joes? Blumpkins? What are you knowledgeable about? Sports? Redheads? NAMBLA? Are there any topics you like to discuss at great length? You have to pick a topic or a theme. It can be as simple or complicated as you want. You can talk about your day in your posts or you can analyze the working forces in the global economy. Whatever you decide to write about, pick a consistent theme and stick to it. It's easier to build a fan base when they know what to expect from you. If you're all over the place, you won't get people returning to read your blog on a regular basis.

Keeping it fresh....I don't know what to tell you there. It will definitely depend on what direction you decide to take your blog. Where do thoughts come from? Where do ideas come from? The voices inside your head? I don't know. I write about random thoughts I have during the day. Sometimes these occur to me out of nowhere. Other times when I'm reading the news. You have to find your inspiration somewhere. Maybe try drugs? Lots of drugs? Sweet, wonderful, beautiful drugs?

Probably the best advice I can give is just do what you find interesting. Do something that's going to keep you engaged for a long time. Then you'll have the best chance at success. Good luck with your blog! I wish you the best.

If you guys have any other questions feel free to hit me up at scottstipoftheday@gmail.com. I look forward to hearing from you.
Posted by Scott at 10:36 AM 4 comments:

Scott's Tip Of The Day: I'm back. Did you miss me? I had a fun vacation and now it's back to work. Back to the grind. Back in the saddle again. Oh well. Only another 300 something days until next Christmas, right?

Did you drink a lot on New Years? Do you drink a lot all the time? Has it become a problem? Police in Essex UK are considering establishing a "Wet Zone" for problematic drunks so they don't bother the rest of the population. You can read about it here. This seems like an ill-advised plan. You know what's a better way to take care of problematic drunks? Fines. Rehab. Jail. Stun gunning them. Public floggings. Broadcasting these people's indiscretions on COPS. Rewarding drunks for their bad behavior won't fix any problems
Posted by Scott at 8:41 AM 3 comments: