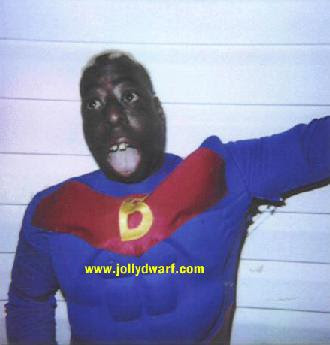 Scott's Tip Of The Day: Conversing with a midget for more than five minutes at a time without offending him is almost a futile endeavor. Nonetheless, I figured it would be prudent to advise you on some common pitfalls I have encountered over the years while talking to my little friends..

RULE NUMBER 2: Midget tossing must be consensual between the tosser and the tossee. Putting roofies or GHB in a midget's drink to soften him up to the idea of getting tossed is just as bad as date rape.

RULE NUMBER 3: Asking a midget if he has a tiny penis is not appropriate conversation. It's an interesting question, that's for sure, but social norms dictate this subject matter is off limits. Similarly, asking a midget about his pot of gold, magical powers and/or requesting free Keebler baked goods is bound to provoke a hostile reaction.
Posted by Scott at 7:51 AM