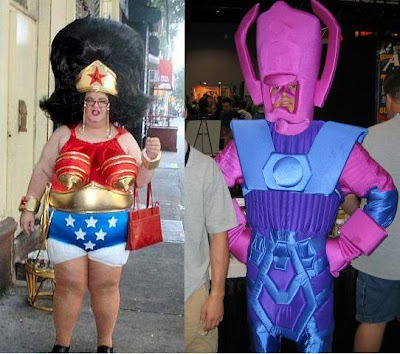 I still subscribe to Captain America, Fantastic Four, Spider Man and The Avengers. So screw you... But it's totally true. You kill me...

Did you watch Celebrity Apprentice last night? Is this what prompted you? They had a graphic novel focus group on last night to give the groups insight on how to create a "graphic novel" for some dot com store...this post cracks me up!

I do watch celebrity apprentice. a combination of that and the new Watchmen movie that's out prompted this post. I would wait till Watchmen comes out on DVD if any of you are considering going to it...

I refuse to grow up! I accept my nerd-ness and I OWN it!I will not give up on my comic books (although I don't have a problem with the term graphic novel, I do think that it's a bit misleading... I prefer the term comic book)