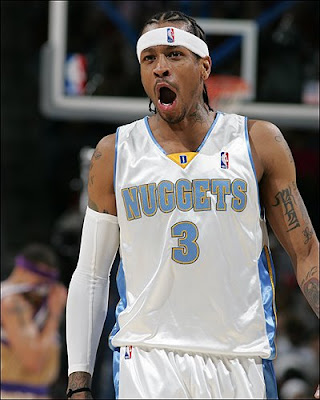 Scott's Tip Of The Day: If you want to be a great basketball player then you need some tattoos. 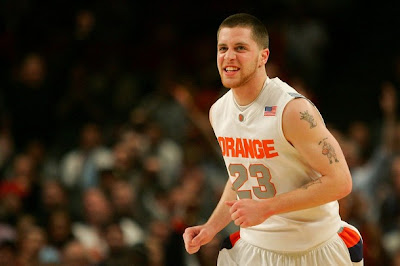 Example 1: See this guy above? That's Eric Devendorf. He lead Syracuse to a win over Arizona State in the NCAA tournament yesterday. See his tattoos? Yeah. I know you do. He has a few on the other arm as well. Do you see that look of confidence on his face? Do you think he would be confident if he didn't have tattoos? Do you think he would be able to shoot 3 pointers or drive to the basket without tattoos? No way! 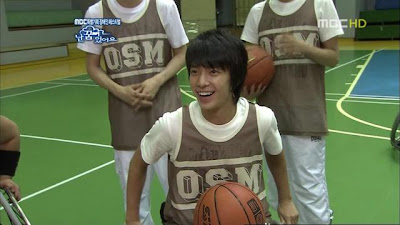 Example 2: See this guy above? He has a smile on his face. But don't confuse that smile with confidence. Why? Because when it comes to basketball he has none. "But Scott, how could that be?" Because he has no tattoos. See how short he is? Do you think he would be so short if he had tattoos? No way! He would probably be like nine feet tall. You can practice all you want but if you don't have tattoos, don't expect to be a good basketball player.

Yeah, I think Anonymous might be right. The reason the kid is so short is because he's in a wheelchair. That's still no reason not to get some tattoos though and improve his shot a little. (Yeah, I almost accidentally said jump shot but caught myself.)